Creatorbase
ABOUT BLOG CO-CREATORS EVENTS
SES San Francisco: How to Take Your Blog to the Next Level  #sessf
Crowdfunding is an entrepreneur's new best friend. A story with slides and podcast.

What's your labor of love? Fund it with Indiegogo.


It's safe to say that many of us have a business/product idea, creative project or personal cause that is either a part-time pursuit or something we would like to get more serious about if only we could.

What's holding you back? Approval from others including an employer, money, time, or something inside that says it's not possible?  The Labor Day 2012 weekend is a perfect time to shed some light on this issue and how to make your creative pursuits a reality with a little help from others ... people on the web who care.

Fortunately, our world continues to change for the better with the Internet given recent developments including crowdfunding platforms like Indiegogo, social media adoption, and the JOBS Act that was signed in April 2012 by President Obama. These things and related now make it possible and less risky to create, fund and launch something you're passionate about and others will find valuable.

I recently talked with Danae Ringelmann, co-founder and COO at Indiegogo based in San Francisco, and we discussed:

With full transparency in mind, I'm an Indiegogo fan and currently running a campaign for our creatorstand product. However, my initial experience with crowdfunding started a year ago as a backer on Kickstarter for Qubits Toy -- an ABC Shark Tank friend -- and more recently as an entrepreneur for creatorstand. I quickly learned the big differences between Kickstarter and Indiegogo; there are many crowdfunding platforms to choose from worldwide.

If we're connected on Facebook or Twitter, you probably know that crowdfunding our creatorstand product is top of mind right now. Our Indiegogo campaign has been a huge learning experience, not only with crowdfunding but also what to do -- and not do -- via social media. I appreciate all those who have been tolerant of my trial and error work with crowdfunding, and people who have supported our campaign including:

Like most new initiatives with the web, there are discoveries along the way that present opportunities to make adjustments. Further, there are lessons learned and I definitely want to share what I now know after researching crowdfunding these past few months and launching our own creatorstand initiative on Indiegogo. That said, I have some good news to share.

I'm starting a new column on crowdfunding success for Search Engine Watch with the first article planned for release this month. In the meantime, watch and share the video above and please provide your input for the new SEW column.

For example, what questions or ideas do you have about crowdfunding and how to be successful? What not to do, etc? I will consider your input as I write the upcoming Search Engine Watch article and my own crowdfunding and social media efforts for creatorstand. Please share here with comments or contact me directly via email.

Ask yourself this. What's your labor of love and how might crowdfunding help you move things forward in 2012?  Let me know if I can enable you via the creatorbase community and upcoming Search Engine Watch column.

comments powered by Disqus
Creatorbase® is a blog and community hub to help people and businesses achieve goals. Grow with ideas, insights, and news from other creators. Your space to create.®
Tweets by @creatorbase 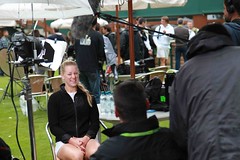